Think of this script as a female Behind the Candelabra or even more so, a contemporary sequel to Carol (what happens when the women actually move in together?).


Logline: A young school teacher risks losing everything to become intimately involved with an adored, but unstable celebrity.


Synopsis: Charli Wingfield, a young middle school teacher, has the unique opportunity to meet her screencrush, Marina Jones. Though engaged, Charli is irresistibly drawn into a romantic and sexual relationship when Marina seduces her at a film festival.  In the time it takes for a paparazzi to snap an indiscreet photograph, Charli loses her career and her fiancé.

With nowhere else to go, Charli moves in with Marina. Marina is happy to have her, but the reality of life with Marina quickly becomes a harsh one. Marina purposely puts her in a vulnerable situation with producer John Wright, a powerful and predatory friend. Feeling betrayed by Marina, Charli runs for home where she spends time with her former student and ex sister-in-law-to-be, Maddie. A reconnection with her fiancé solidifies what she already knew -- she does not love him. When Sam asks her to leave the door open for reconciliation, she cannot bring herself to tell him the truth. She returns to Marina (where else would she go?) and finds a scrapbook from a fan propped up against the mailbox. It contains increasingly disturbing drawings featuring Marina and an unknown man. The threat is reported to the police.

With the excuse of needing a “man in the house” Marina invites John over. Following John’s profuse apologies to Charli, Marina pressures Charli into a sort of threesome. Later, Charli and Marina are asleep when Charli is awakened by a strange man standing over her. Marina hits him in the back with a hand weight; he escapes as John half-heartedly chases after him. He leaves a disturbing painting of Marina in a bondage scene. At this point, Keith, a live-in bodyguard (he's an homage to Keith from Six Feet Under), is hired. Keith and Charli soon bond over watching late-night Marina films.

As police investigate the stalker, the press gets wind and names him the “Pervy Painter.” With the publicity, Charli’s father shows up and asks if he can stay with Charli in Marina’s home. Charli suspects he’s only interested in her new, celebrity friends. She rejects him.

Meanwhile, Sam has not let go; he wants to forgive and forget, try again. Charli makes the brave decision to meet him face to face and firmly end the relationship. Marina is upset that Charli has left town once again. Upon learning that Marina has had a heart attack, Charli is called back to New York. Marina will need a pacemaker. Charli vows to stay at her side to care for her.

Marina is jealous of Keith and Charli’s midnight movies and begins to treat Keith unfairly. Marina has yet another episode and it is discovered that these are panic attacks rather than heart attacks.

While Marina leaves for an LA audition, Charli receives news of her father’s suicide. The news furthers the intimacy between Keith and Charli.
When Marina arrives home, she prepares breakfast for the stricken Charli. A text comes through that makes it clear her stalker can see her in real time. Detectives are called in, and find a voicemail on Charli’s phone that includes a recording of a conversation that reveals John committing an act of rape against Marina. The stalker has bugged her somehow.

A sting is organized by Keith’s private security firm. They successfully catch the stalker -- painting supplies and all. Keith suspects there is more than one stalker.

Marina takes Charli as her personal assistant while shooting an indie in Vancouver. She gets jealous when the crew and director shower attention on the newbie. Late at night, Marina demands Charli drive her to an “emergency” appointment with a psychotherapist in downtown Vancouver. Once she gets there, she realizes that Marina is actually visiting a storefront psychic.

Charli asserts herself with Marina and discovers a traumatic secret in Marina’s past that may explain why she accepts abuse and assault from John. The admission is healing.

On a typical late night in the TV room, Keith and Charli are watching a film, Psycho. The stalker has made his way past the ground patrols, enters the room, and immediately shoots Keith in the chest. He grabs Charli, puts a gun to her head and demands to know where Marina is “or I’ll blow your boyfriend’s head off.” Upon hearing this Marina immediately (and heroically) reveals herself. This is where Charli truly finds her own strength and voice as she comes to realize that the stalker is Sam and proceeds to negotiate with him like an expert. Just as he is about to give up the gun to her, he’s shot through the window by a SWAT team member.

Keith survives. Charli makes the decision to move on. As the scene fades to black, Marina holds Keith’s hand tenderly. There is a sense that Keith and Marina could actually have a future as friends, companions, lovers, etc. 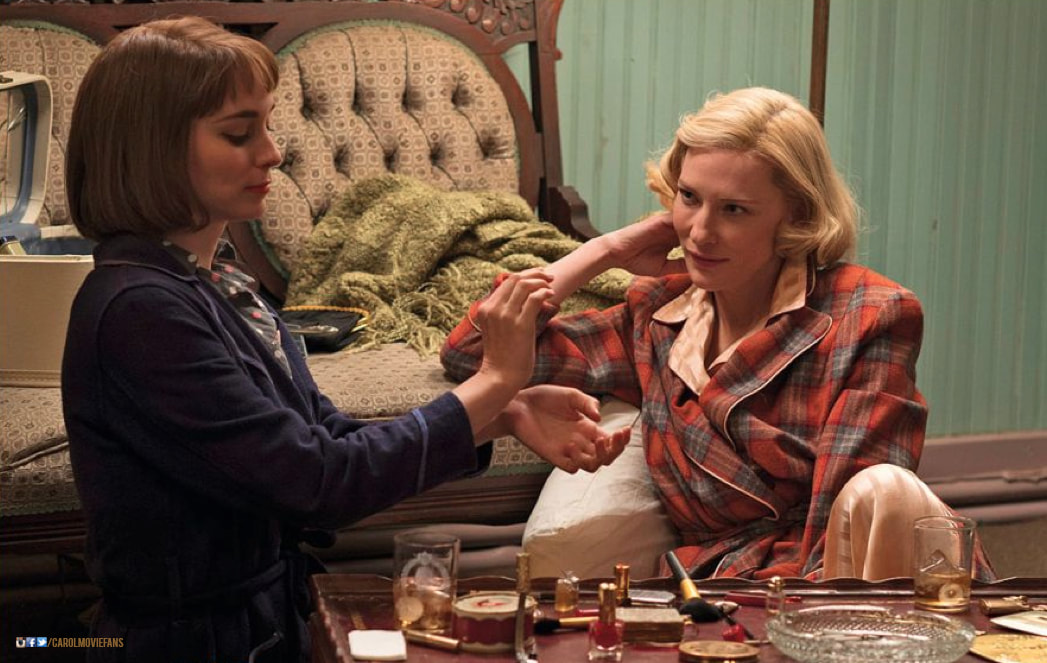 One of the strongest aspects of Marina lies in the writer’s ability to create characters that feel nuanced, believable, and authentic. Marina and Charli, for example, are both incredibly interesting to follow throughout the story, and their relationship within the narrative allows for a number of really emotional scenes. They are so well-developed that I can’t help but wonder if the writer knows or has known people like them in real life. Their shared scenes together are especially revealing, and their dialogue seems to have a great sense of chemistry. These characters have different personalities and serve as foils to one another, which, in turn, allows for great conflict and chemistry to arise.

In most scenes, the writer has done a good job of making her vision clear to the reader, which is certainly a testament to the writer’s overall skill. Also, the tone is consistent, which allows for an easy and enjoyable read.

Furthermore, the writer should be commended for her ability to stick to three act structure. All of the appropriate story beats occur at just the right time, which is certainly a testament to the writer’s skill.

I found the scene in which Marina has a panic attack and clutches her chest to be really well-written, suspenseful, and harrowing. The writer has done a great job of bringing the stakes to a boiling point, and then allowing it all to simmer in the hospital scene that follows. This sequence reveals a great deal about Marina’s insecurities, character flaws, and what she values at her core. I got to know Marina so much better through this scene. Well done!

In the end, I found it truly heartening to see Marina admit to caring about Keith. This is a great moment to end on, and it serves as a culmination for Marina’s emotionally satisfying character arc. I had hoped that these characters would share the final scene with one another, and I’m happy to see the script end on the strong connection between them.

Overall, Marina is an interesting script with a lot of great attributes. I have just a few suggestions in mind to help move it in an even more positive direction.

What do you think needs work?

Though Marina, Keith, and Charli, for example, are interesting characters, their dialogue does not feel particularly unique to either one of them. Each character’s dialogue should contain speech patterns that differ from one another and it should be difficult to reassign one character’s dialogue to the next. I would suggest going through the entire script to ensure that each character has his or her own distinct voice. This will not only help the reader to easily tell the characters apart, but it will also help in sympathizing with the obstacles and challenges they face.

Overall, Marina needs a few edits, but nothing of which the writer is capable of fixing. In taking the suggested changes into consideration, I am sure that this script will be headed in an even more positive direction. I commend the writer on their effort so far and wish them all the best of luck in future drafts!